As we all have experienced in life, if we’ve ever been in relationships, is that dating is weird.

You start fresh with each new love interest. Finding that you discover a new part of yourself that this individual brings out in you.

It’s exciting, nerve wracking and leaves you vulnerable for rejection. Giving you all the feels. Slipping back and forth between feeling like you’re Beyonce with unexpected boosts of Kanye confidence to giving you whiplash, reverting back to your twelve your old self in middle school with wild insecurities. Some overanalyze the text messages, the emoji’s used, or lack thereof, others deciphering if those likes and comments on another beautiful person’s Instagram pic means they’re totally doing it or if they’re not even the slightest bit interested in being in a monogamous relationship.

And with the use of Facebook, Instagram, Tinder and all these other dating apps, it makes it so easy to find someone new if a potential relationship starts to show signs of flopping.

However, as of lately, my biggest problem when it comes to dating, isn’t so much the nerves or doubt in the beginning phases, but in the fixed biological state of someone’s time here on earth. Yes, I am talking about age. 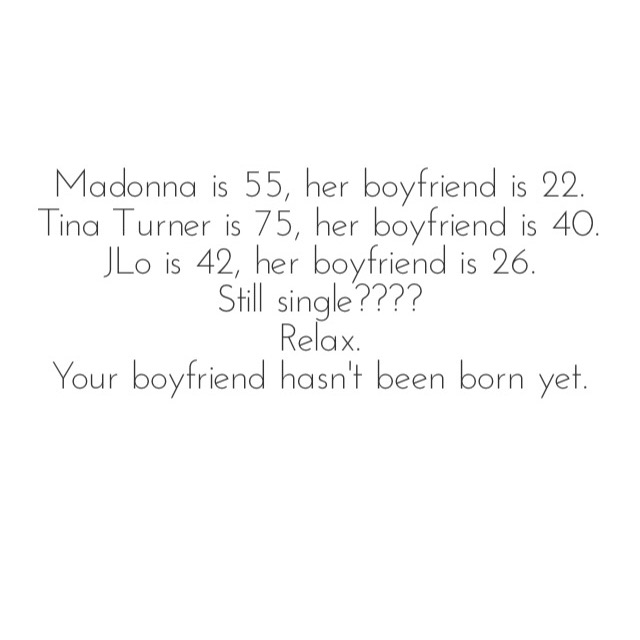 Have you ever noticed that whenever men date younger women, it doesn’t seem to make a ripple of shock or disbelief in society? However, when a woman dates a younger man, they are considered to be a cougar or “robbing the cradle.”

For me, my rule was that I would never date someone my sisters ages or younger. I am the oldest of five girls and if a boy was in the same grade as my younger sisters or the same age as them, I simply couldn’t stomach it. Well, no one has the control to choose their age. So is it worth it to give these younger men a shot? 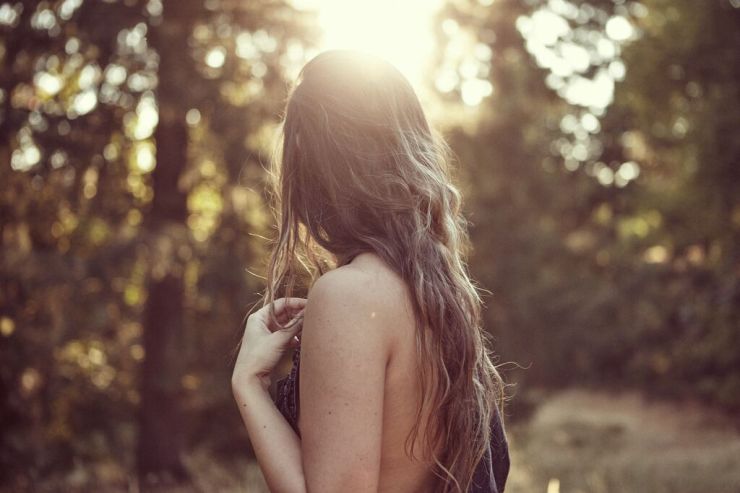 Well, with this ‘experiment,’ I allowed myself to innocently date a few guys younger than me. [Disclaimer: I am 25 years old, and younger to me is anything above 18.]

Let me briefly tell you my experience.

At one my jobs (I won’t reveal which one), I found myself crushing on a younger guy. I told my roomie about him briefly, and he looked at me and laughed, saying how unfair it was that I would consider not dating someone based off of their age. He was 22 and my younger sister is about to be 24. No thanks. However, I think most can attest to this, that no matter where you work, there is always a spark of interest for someone, even if only briefly. It happens when you’re around them in the workplace and you get to know their personalities on an entirely different level. Or maybe it’s the rebellious nature of the “don’t date your coworkers,” the unspoken rule, that makes it alluring. 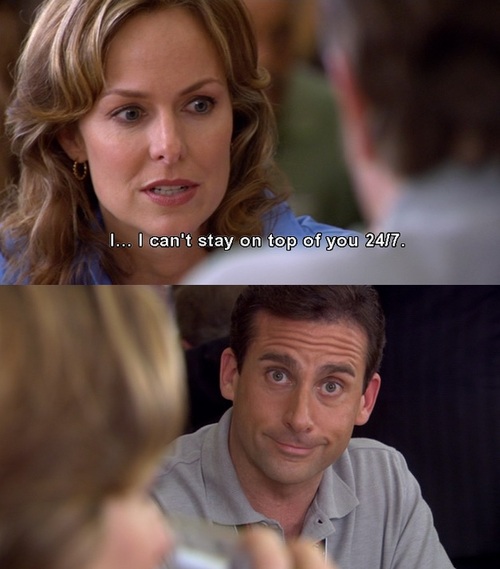 Months later and I agreed to go on a super innocent date, walked around the city, got a few drinks and talked about our future dreams and aspirations. Afterwards, he hoped to have a future date and I reluctantly agreed. Not because I didn’t have a great time, but because I wasn’t sure about getting involved with a coworker, and I didn’t really know if I liked him or if it was merely the idea of him. I had recently gotten out of a very interesting relationship and I wasn’t trying to dive back into one.

A few days later, I found that he had a girlfriend.

Thank God nothing happened, but still, what was going through this kids mind?

Imagine; tall dark and handsome. Great hair, teeth and arms out of a Nike magazine. Skin the color of a tropical tan, naturally. He was only a year and a half younger than me, so I thought… Why not. He’s handsome and acts mature enough. This fling lasted a few months and honestly was a great time, but there were a few red flags I should have noticed. And maybe I did notice them, but I knew it wasn’t going to be a long term thing, so I blindly accepted them for what they were.

I invited my sister out, she was visiting from Wisconsin and I wanted to take her out with Coco Lover and myself. We went to a few clubs downtown and soon enough Coco Lover and I were separated, first asking me if I cared if he did a bit of cocaine. I looked at him, not really sure why he was asking for my permission, and said ‘You do you boo’. My sister looked at me wide eyed and said, I know he’s really cute but I feel more mature than him.

My sister and I took advantage of our time together and made our way to the dance floor with our newly introduced friends. My sister went to grab a drink and I stayed, dancing to Rhianna’s song probably exactly like this;

On her way to the bar my sister runs into Coco Lover and says, “Hey, why aren’t you dancing with my sister?” He responded by saying “Oh, I want her to get to know my friends”. She looked at him and said “I get that, but I’m sure she’d love to dance with you too”.

He went on to explain to her that he has a five and two rule. He will hangout with a girl for five days straight and then leave the remaining two days to go their separate ways. But, that I was “hot enough” and that he was going to give me another chance. I wish I could’ve seen the look on my sisters face. She responded by saying “yeah.. she’s pretty..” and he interrupted her saying “no, she’s hot. I think by then she responded with an open mouth gesture and walked away.

My sister found me a few minutes later and told me the conversation that just took place. I was half mortified, half entertained that this guy actually thinks he can put me, or any other girl into a category such as that shallow one. I grabbed Coco Lovers hand and told him to go ahead and take a seat next to me. He looked a bit confused but I was giggling so hard on the inside seeing this ‘confident’ boy squirm.

“I see you had the chance to talk to my sister”, he responded “Oh.. yeah, did she tell you about my rule?” I played dumb of course, and told him I had no idea what he was talking about. He continued to explain his adorable dating game and I sat there nodding, noticing his confidence quickly drift out to sea.

At the end, I told him not to get cocky and how did he know I wasn’t a “Five and two girl.” I don’t think he knew how to respond to this, and shortly after we parted and I left without another word.

I met a brilliantly handsome guy while living in Australia. And then I found out he was 21. At the time, I would’ve been 23, so it wasn’t a detrimental situation, but it wasn’t ideal. He was an Olympic swimmer and the connections he had with my Ironman host dad was not optimal either. We went on a few dates, one included walking by Cronulla beach during the summer, stars overhead and salty air surrounding us. It was what every American girl dreams of. It was fun and easy. Someone interesting to talk to and easy to admire with his baby blue eyes.

A few weeks later, a few Au Pair friends and I went out to a local bar/club on the beach in Cronulla just across the street from the ocean. It was a Sunday arvo, the most popular days at the infamous Northies Hotel. We all grabbed a few drinks and headed to the dance floor. Keep in mind, Aussie swimmer and I were only IRL friends (in real life) and we hadn’t made the step to be friends on any social media… that means, no Facebook, no Insta, only the inevitable Snapchat of course.

Seconds later on the dance floor and I spotted Aussie swimmer and his GIRLFRIEND pashing in the middle of the floor (passionately making out). Well now.

I would like to blame it on the age, but realistically, he was just a cheating muppet.

Is it the lack of experience that tricks their molding minds into thinking they can juggle different women simultaneously? Could it be because they feel they are too young to conjecture being tied down?

There are heaps of stories of successful relationships regardless of age differences. However, unfortunately, I haven’t had the pleasure of experiencing such love yet.

My personal belief is that boys are typically less mature than woman, and in the end it depends on life experiences, empathy, honesty, and compatibility. And even though I’m basing these stories on age, it varies from each individual and each partnership.

Ultimately, if you find love with a man 30 years older, 15 years younger, or days from your Birthdate, you do you boo. As long as it’s legal and consensual, then you’re the only one who can determine what makes you happy. 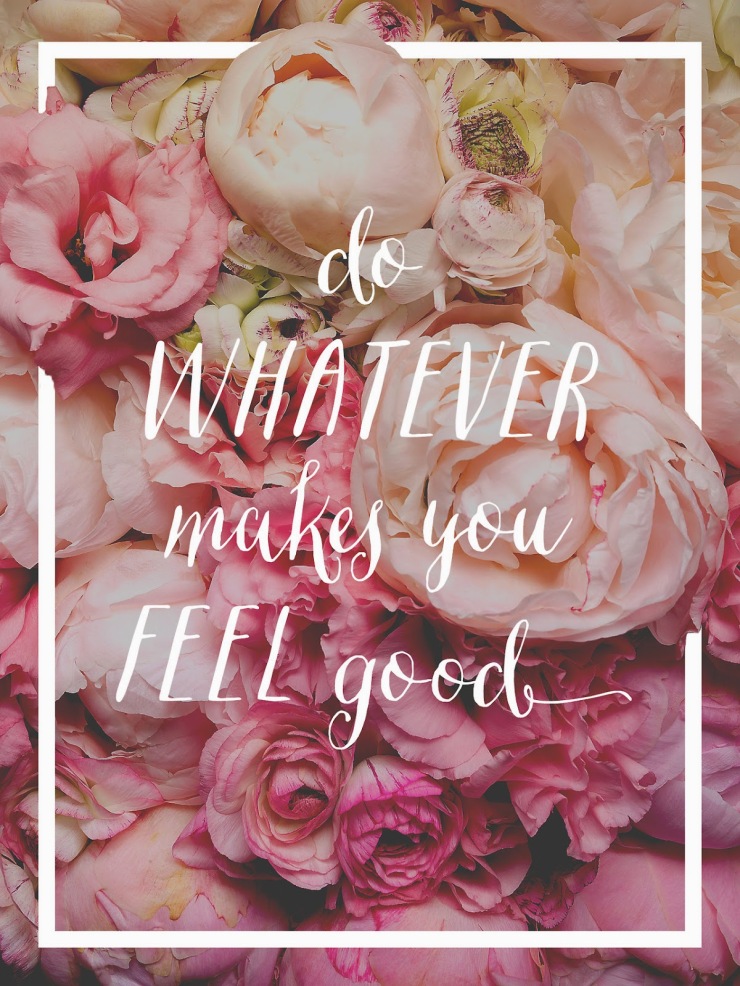 Are there any stories out there that have proved to work with a substantial age gap or with someone younger? I’d love to hear them!